Every so often, the UK government finds itself mired in scandals of sleaze and corruption. At present, we have a return of allegations that the UK Parliament is ‘home’ to a ‘ring’ of high-profile child sex abusers; there are lingering allegations of continued expenses fraud; and today both the Guardian and Huff Post report that the Chairman of the Parliamentary Committee into Standards in Public Life  is saying “MPs should be required to undergo an induction course to teach them about the seven principles of public life that are meant to promote openness and honesty.”

For those unfamiliar with the Seven Principles of Public Life, you can find more information here.

So why are ethics so  important? From the perspective of a member of a presently socially-exiled social class, this is one HUGE reason as far as I am concerned:

We can be grateful to Dr. Sarah Wollaston, former GP now Conservative MP for Totnes, Brixham and the South Hams, – who clearly does understand the role of ethics in public life – to provide the appropriate professional response to the above. 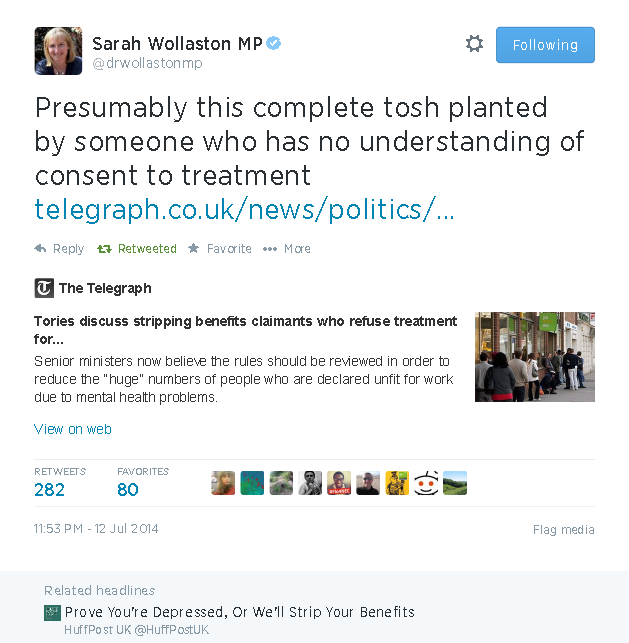 She elaborates on the issue of ethics in this report.

So given that the UK has existing standards of behaviour for public and elected officials, how is it possible that the Department of Work & Pensions floats ideas in the press that are clearly and plainly professionally unethical? Well, perhaps this might explain it:

A report by the committee pointed to reports that fewer than one in five of those elected for the first time in 2010 attended even one induction session, and one on dealing with ethical dilemmas was cancelled when too few signed up….

What we can be certain of, at this juncture, is that the ‘common-sense’ and ‘integrity’ of many present incumbents of public office in Westminster leaves a great deal to be desired, and this is a cross-party problem likely to be best resolved by a cross-party solution.

I believe that the casual breaching of ethics in public life by many of our parliamentarians lies at the heart of the social problems currently being created by the same. Whilst we have – as a country – tried to address this problem in the past, our attempts have clearly been unsuccessful because here we are again. The question in my mind is how do we manage the problem now?

As with any other ‘disciplinary’ problem, it is important to restate the standards likely to be applied. The Seven Standards of Public Life have been around for a while now but I wonder whether their importance has been framed correctly for our recalcitrant MP’s?

This is the frame I would use were I to be writing/delivering a training course on the topic. In addition to the reminder that those with public responsibilities are answerable to the public, I’d echo the Committee on Public Standards’ warning that those who fail to adhere to these are likely to find themselves deselected or recalled at best, or jailed at worst. Election or appointment to parliament does not come with a ‘Get Out Of Jail Free’ card and failings in our personal public responsibility may well be punishable by the courts. In addition, those reluctant to apply the Seven Standards to their own behaviour could find themselves embarrassed by other public servants refusing to comply with orders they regard as unlawful. 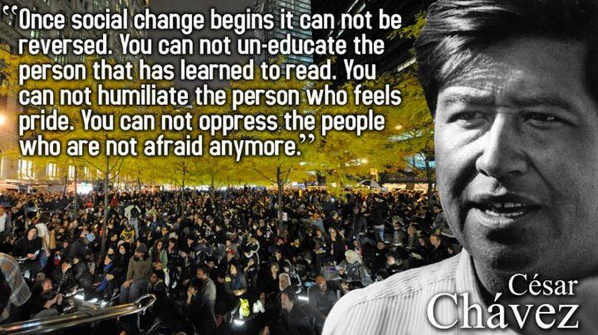 Whilst I am certain the models used above are imperfect, they still provide a sound-enough foundation of the ethical principles that inform all professionals, whilst allowing for variations depending upon the exigencies of individual professions. When we start to see cross-professional ethical violations in matters of public political life (as with the DWP’s ‘forced therapy’ proposal which violated the ethics of both GP’s and mental health professionals), those of us who understand the issue’s importance need to ask ourselves what we intend to do about it.

Ethical violations are harmful to the point of criminality and beyond, wherever they may occur. When such violations are occurring in public life, the harm to the public will be extensive. As someone who could be personally affected by a DWP ‘forced therapy’ requirement, I have my own personal response to the Ministers of that department (past, present and future):

Atos and the Day of Judgment

Whilst the above were prepared for an impending WCA, the principles remain virtually unchanged because my response was designed to confront existing ethical violations within the DWP.  In addition, I’ve contacted and briefed my own MP on the matter because, in my own understanding of applying these principles, when we are faced with clear evidence of ethical violations, we must respond forcefully and vigorously to both correct and prevent them because they are always harmful to vulnerable others. I’m lucky my MP understands this; just as all those benefits recipients experiencing depression are fortunate to have a former GP in the House who understands ethics and abides by the Seven Standards, regardless of political hue.

This blog is for all those who want to understand the ethics involved and why they are so vital to public life, up to and including all those MP’s who missed out on their induction to public standard ethics after 2010. Perhaps those readers who think these are standards worth applying to our contemporary public life might bring them to the attention of their own MP’s. Any who persist in their failure to respect these standards, erroneously believing that ‘it doesn’t apply to me’, will still be measured by them, if not by their peers then certainly by their constituents. We don’t want them to complain they weren’t warned!

It really is time we all remembered how we are supposed to behave when faced with those whose behaviour is unethical.

What will you do?